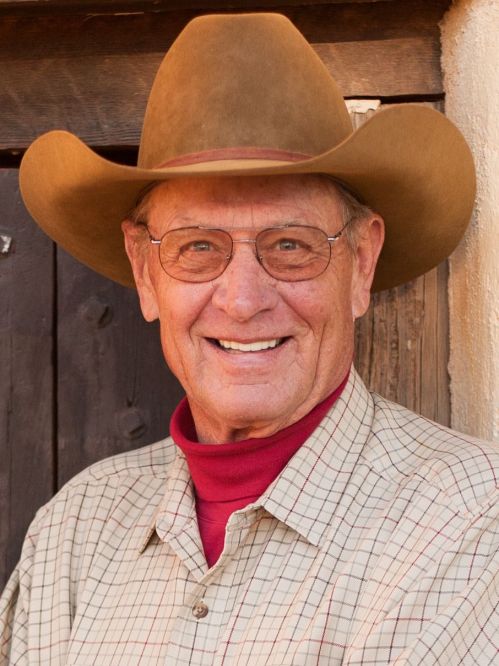 Richard Collins is an award-winning author, rancher, horseman, conservationist and scholar who has owned and operated farms and ranches on the borderlands of Southern Arizona since 1983.

He was raised on a farm/ranch near Phoenix, where he lived and worked until leaving for college. Educated at Arizona State University and the University of Arizona, he competed on both rodeo teams winning regional championships. After graduation, he worked as a research biologist for the Centers for Disease Control on rural villages and farms in El Salvador and Guatemala. There he witnessed the environments of poverty, disease and violence that are the root causes of much of the turmoil in today’s borderlands.

Since the 1980s, he has owned and operated farms and ranches in southern Arizona, including the 13,000-acre C6 Ranch located in eastern Santa Cruz County where he lives with Diane, his partner of 56 years. The Collins family received the 2005 Range Manager of the Year from the Society for Range Management, Arizona Section.

His 2014 book, "Riding Behind the Padre: Horseback Views from Both Sides of the Border" was a Best Southwest Book of the Year selection by the Pima County Library and Arizona Daily Star and also the winner of the best political book of 2015 by the New Mexico-Arizona Book Awards, as well as the runner-up for the best multicultural book. His most recent book is "Cowboy is a Verb: Notes from a Modern Day Rancher."

Richard Collins seamlessly weaves a memoir about how he learned to ranch in southwestern Arizona with astute commentaries about the challenges of doing so in a land where most of his neighbors were exurbanites and a small endangered minnow caused more problems than the drug runners trekking through his mountain pastures. Along the way, Collins paints a portrait of rural West struggling to survive the onslaught of relentless urbanization, suburbanization, and exurbanization. He poses one of the most consequential questions facing environmentalists today: Do we attempt to preserve every vanishing species regardless of habitat constraints, or should we manage the land for overall ecological health? More/less

Borderland immigration and drug trafficking are heated issues for most people living in the Southwest. But for Arizona rancher-author Richard Collins, who operates a 13,000 acre ranch near the Mexican border, they are a daily occurrence. Wanting to hear firsthand from those living and working in the middle of the action, Collins embarks on a horseback journey along the Arizona-Sonoran borderlands in Riding Behind the Padre: Horseback Views from Both Sides of the Border. In this true story, Collins joins up with a congenial group of Mexican riders retracing the pathways of Eusebio Francisco Kino, the pioneering Jesuit priest who explored the same borderlands three hundred years prior. The riders include a cross-section of Mexico's growing middle class, bonded by faith in the Catholic Church, love of family and their country, and dedicated to the cause of Kino's sainthood. They are also troubled by America's failed war on drugs and its outdated immigration policies, and they often wonder if the United States is their ally or adversary. Through their perspectives and insights, the reader comes away with a better understanding of borderland complexities and a difficult but workable road map for the future. With a passion for landscape, horses, and history, this modern-day cowboy adventure unfolds in the Sonoran Desert where the dangers are fewer than advertised, beauty far outweighs ugliness, and most people are still friendly and caring. More/less