Disability Does Not Define Us

Although the disability label can be viewed as limiting a person's potential, children and teens can act with agency to defy expectations and deal with challenges in their lives. Four authors share their development of complex characters whose lives and adventures are not defined by the challenges of diabetes, intellectual disabilities, ADHD or cerebral palsy. 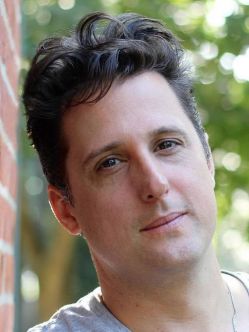 Pablo Cartaya is an award-winning author, speaker, actor and educator. He received a Pura Belpré Honor for his critically-acclaimed debut novel, "The Epic Fail of Arturo Zamora." NBC News lauded his sophomore novel, "Marcus Vega Doesn't Speak Spanish," as "exceptional" and The New York Times Book Review called it "a love song to the people of Puerto Rico....

Carlos Hernandez is a professor of English, a game designer and enthusiast and a writer. His first solo collection of short stories (for grown-ups), called "The Assimilated Cuban's Guide to Quantum Santeria," came out in 2016....

Scott Simon has won every major award in broadcasting for his personal essays, war reporting and commentary. He has reported from all 50 states, scores of foreign countries and eight wars. He hosts Weekend Edition with Scott Simon Saturday mornings on National Public Radio (which The Washington Post has called "the most literate, witty, moving, and just plain interesting news show on any dial")....

Leah Thomas frequently loses battles of wits against her students and her stories. When she's not huddled in cafes, she's usually at home pricking her fingers in service of cosplay. Leah lives in San Diego, Calif....