Dining With The Dead

Tucson has a rich history of Día de los Muertos, and a new cookbook by Mariana Nuńo-Ruiz, "Dining With The Dead," pays homage to the traditions and culture surrounding this important holiday. Cook alongside Mariana as she prepares traditional Mexican recipes and shares her wealth of knowledge about one of our community's most celebrated days. 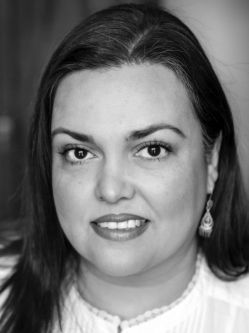 Mariana Nuno Ruiz is a chef and now the author of "Dining With the Dead," a cookbook with recipes fo dishes that are served in Mexico during Day of the Dead meals.  Her husband, Ian McEnroe, is a professional photographer whose photos illustrated the book, which was released by Rio Nuevo Publishers in Tucson....