Joseph Earl Thomas grew up in a cruel, volatile home, under threat and constantly hungry. Also bullied at school, he felt weak and powerless -- a misfit everywhere he went. Thomas found his salvation in geek culture, in fantasy and virtual worlds. His growth and freedom took root when he became a Pokemon master. 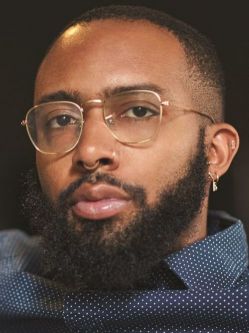 Joseph Earl Thomas is a writer from Frankford whose work has appeared or is forthcoming in VQR, N+1, Gulf Coast, The Offing, and The Kenyon Review. He has a Master of Fine Arts in Prose from The University of Notre Dame and is a doctoral candidate in English at the University of Pennsylvania....